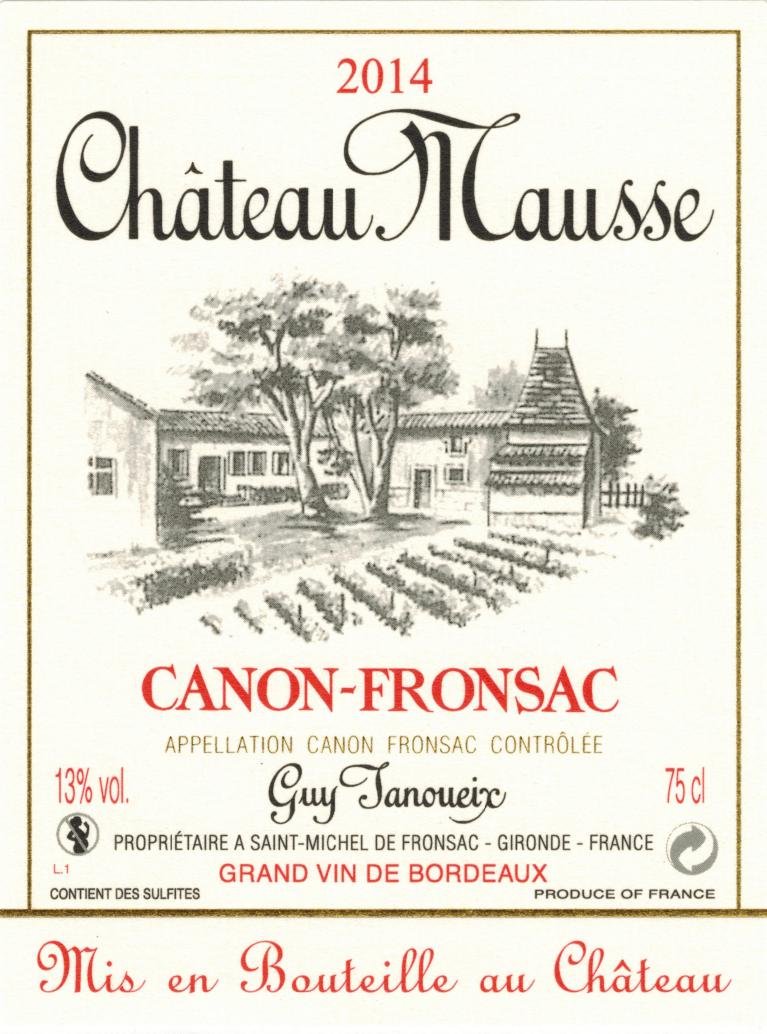 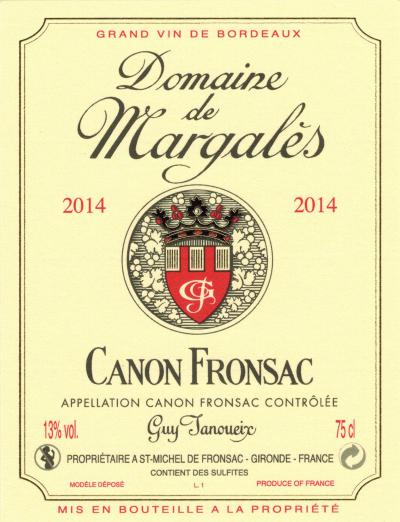 Château MAUSSE, situated on one of the highest points of the rich hills of Canon-Fronsac, in the parish of Saint-Michel-de-Fronsac, dominates a fine 10-hectare vineyard, composed of vines carefully planted with grape varieties, which its present owner Guy Janoueix preserves and maintains with unceasing care. This vineyard produces an average 45-tonneaux* of one the finest from these famous “Côtes”.

Guy Janoueix brings the most attentive treatment to the winegrowing an the winemaking and spare no effort to obtain the best results. The wines are traditionally cultivated, the grapes, which are picked by hand, are totally destalked and the fermentation is classic. The grapes steep in cement vats for 12 days.

The wine is aged in oaks casks for an average of 18 months, fined and filtered before being Château bottled.

Canon-Fronsac wines are hillside wines from clay and limestone soils; they are racy and appreciate with multiple dishes.

Alcohol abuse is bad for your health

Alcohol abuse is bad for your health,